WHY I'M A GIDEON: SHANE JETT

Family heritage is a valuable part of a person’s life. It tells the story of where they came from and why they prioritize certain values. For Shane Jett, being a Gideon reflects the aspects of family that are most important to him. Shane was born and raised in Tecumseh, Oklahoma. His father was a mechanic, and he has fond childhood memories of helping his dad in the garage. His mother was a homemaker and a citizen of the Cherokee Nation.

The Jett family was raised with authentic spiritual beliefs centered on the Bible, faithfully attending church, and serving others. “The Christian faith was intertwined in my earliest memories. Most people thought I would follow some of my family members’ paths and become a preacher or missionary. Yet, I never felt the call to preach,” Shane says. Still, he was increasingly becoming known for something that many preachers are known for—speaking. In fact, a school teacher once told him, “I’m not sure what God has for your life, but I’m sure it involves your mouth.” Shane knew God would use him in some ministry effort; he just wasn’t sure how. “I firmly believe we are all called to the Great Commission,” he says enthusiastically.

With the Gospel message being a staple in his life, Shane made a personal decision to accept Jesus Christ as a teenager. “When I was 15 years old, I stopped resisting the call to follow Christ. When you grow up in the Christian faith, and it’s always there, it can become routine. Yet, after attending church camps, revivals, and many services, I knew I had to make it my faith—it had to become personal,” says Shane.

CAN I BE A GIDEON?

A year later, while attending a chapel service at his Christian school, a Gideon came to share with the students. As a 16-year-old young man, Shane asked the man if he could also become a Gideon. He had heard a Gideon speak at his school a few years back, and even then, he desired to acquire 100 Testaments to pass out to his peers. He also remembered how Gideons came to his church and shared how God used them worldwide to reach people for Jesus. The Gideon acknowledged his enthusiasm and told him he’d need to wait just five more years to join the Association.

Shane continued to grow in his faith and mature as a believer. After graduating from high school, he left for Oklahoma Baptist University in Shawnee, Oklahoma, to study international business. As a sophomore, Shane’s heart to get the Word of God into the hands of others had not escaped him. He connected with a Gideon on campus one day who was also a businessman that was working while going to school. In 1996, as a 21-year-old, Shane joined The Gideons International and became the youngest Gideon in the United States at the time. During this season of life, his professors had an important influence on him. They ministered to him as he completed his degree. As a part of this degree, Shane was required to complete an internship in an approved country. He chose Brazil and even ended up staying longer to continue his professional career. While in Brazil, he also met a young lady named Ana. Today, they are married with three girls ages 5-15.

Professionally, Shane has held various positions. While in Brazil, he was a sales representative and company manager. When he and Ana came back to the United States, he served as president and chief executive officer of a couple of companies, an adjunct professor, and has worked in public service. He has also been the chairman of various community and advisory boards. Shane served as an intelligence officer in the United States Navy Reserve for 11 years and was honorably discharged in January 2020.

Along the way, he and his family have been faithful members of Immanuel Baptist Church in Shawnee, Oklahoma, and he remains active as a Gideon. He always looks for opportunities to share the Gospel. When he served as the director of an English program at a university, Shane would give Scriptures to students in their various languages, so they had access to the Gospel.

Today, his mission is still the same. In whatever capacity the Lord leads him, he desires to exalt the name of Jesus. Shane says, “I love and have a passion for being a Gideon. The testimonies I hear have always captivated my attention. In the darkest moments of someone’s life, the Word of God turns hearts. It’s amazing how God can take small acts of obedience and change lives to make a significant Kingdom impact.”

He still remembers what his school teacher told him about his mouth as a little boy. Now, he has connected the dots and knows how to use his words to advance the Kingdom. “I’m honored to get the opportunity to speak in various churches about how God is using The Gideons across the globe.”

Family, with all its rich heritage, is significant to Shane Jett. He sees fellow Gideons as a family that keeps him accountable for reading the Word and staying the course in God’s calling on his life. He loves his family-centered community of Shawnee, his dedicated church family, and his wife and children. He is grateful for how God uses family, in many ways, to further the spread of the Gospel. 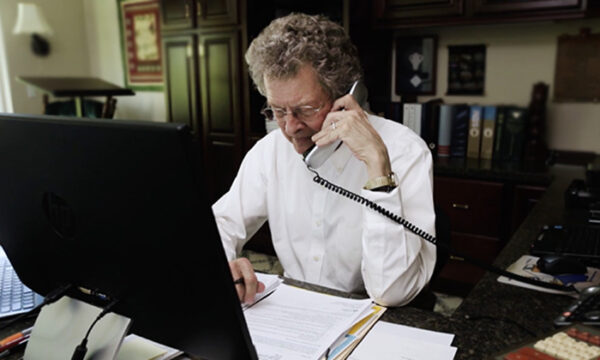 The history of Guatemala bears many scars, brought by years of conflict imposed from within and without, but the people… 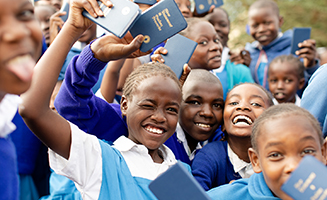